During the pandemic, food delivery services have seen far more demand as people, those having the possibility of quarantining, sought ways to have the outside world brought to their homes. Japanese artist Akira Takayama infiltrates the city in collaboration with the people who deliver this food. In their daily lives these modern flex-workers, many in particularly precarious circumstances, are often not considered. Their flashy uniforms and company logos are highly visible, yet their working and living situations remain unseen by most of society. As some of them have a hip hop background, Takayama invited them to create rap performances. In sharing their poetry and lyrics on the working conditions, they come to affirm a new kind of connection between delivery person and customer. For one week the Kaaistudio’s becomes a base and rallying point for their work with the artist. As a result, their poems and songs are not only disseminated in the city, but in this new space where the attention contrasts with the fleeting reality of the outside world.

The Covid-19 pandemic shuts down cities. Movement is restricted, going to restaurants is forbidden, and people stay at home. Riders deliver the food and move through the empty cities. Without them, life in the Covid-19 disaster would be even more miserable, but many of them are forced to work under poor conditions, with the risk of Covid-19 infection and traffic accidents. Some call them the “new proletariat”.

I want to focus on the riders who work as food delivery drivers in Brussels and invite those who are also rappers. Rappers turn the reality before them into poetry. Specifically, they turn their lives, situations and “hood” (neighbourhood) into rhyming lyrics. This time, as an experiment, I dare to ask them to try raps in which “moving” is their “hood” and represent “delivery”. Their songs will not only extend the possibilities of poetry, but will also express contemporary urban life from the perspective of the “new proletariat”.

For the main image in the project, I use the graffiti of TAKI 183, who is considered the first recognised graffiti artist in New York. He was a Greek immigrant who worked as a messenger. Since delivery was his job, TAKI 183’s graffiti spread throughout the city, and the New York Times wrote an article about it, shining a spotlight on him. Just as early New York graffiti writers like TAKI 183 used the railroad network as their canvas, here rappers create poetry from the streets of Brussels.

Abdellatif Ben Harrou is a 23 years old, of Moroccan origin, who was born in Oujda, in the neighborhood of Boudir. He is the son of a singer, himself the son of a Moroccan rai singer. At the age of 4, Abdellatif moved to Italy with his mother and sister. Two years later, they settled permanently in Brussels, Belgium. During his school years, he realized at the age of 16 that school was not for him so he went into music. On the side, he started to listen to a lot of type beat instrumentals, and started to write texts. He presented his first sound to his cousin / manager Salah, who expressed a negative opinion towards it. Despite this, Abdel continued to write texts, and with the honesty of his cousin, he was always pushed to go further and to improve. He chose to go to the studio and launched himself as an artist. That’s when ABL was born.

Falnao is a Moroccan rapper born in Antwerp. The son of a Moroccan musician and chahbi singer, Falnao was immersed in the world of music from an early age. At the age of three, he moved to Tangier, Morocco. Thirteen years later, he returned to Belgium, to Brussels, where he discovered a city that lives for its music. At that time he started to write texts for pleasure and for himself, while listening to Moroccan rap. He became aware of the potential of this music, but also of the existence of many unrewarded talents. This was the starting point of his life as an artist. His dream is to change the music industry and bring something new and original to it.

La Chaumière is a hip-hop collective from Brussels comprising 5 MCs: Feeling MC, Le Louyet, Fraise, Enfant de Morphée, Léo Paz and beatmaker and DJ D-Kill. The collective was formed five years ago and since then they have played on numerous stages in cities such as Brussels, Liège, Montpellier and Namur after streaming several of their songs on social networks. Their project is part of a collective approach based on the “One Love” philosophy and friendship. The group include themes of family and society in their songs as well as their reflections on life. The intention is for this project to have a family feel, reaching out to every generation with the slogan: “It’s La Chaumière, it’s for sisters and brothers!”

Moïse Komba Nsuadi, known as Gombe, is a Congolese musician and rapper who was born in Kinshasa in 1995 and grew up in Mangai (Democratic Republic of Congo). From a very early age, he was drawn to the world of music (ndombolo, rumba, etc.) and it soon became his passion, but he was unable to pursue this vocation because his family felt that his studies should come first. However, he continued to play music in secret with close friends. Gombe arrived in Italy in July 2016, spending almost a year therefore before deciding to come to Belgium to pursue his music. His motto: “When you love something, you have to be self-disciplined and make use of everything available to you.”

Ruskov (°1993) is an artist and MC from Brussels. He started making music around 10 years ago with Krisy doing sound demos. From an early age, he has been listening to rap and rock by various American groups.

Cradled in music since our adolescence, in 2014 we finally decided to unite our forces and energy to create WARØ. To share our love and passion for music to as many people as possible. Based in Belgium, more precisely in Brussels, WARØ is made up of two very singular individuals. Leandro Saiombo aka SOSA_RISSA is of Angolan origin, he studied sports, science and art at St-Luc now that he has finished his studies, he continues to develop his art through painting, beatmaking, event management and acting in clips, films and series. Yves-Henri Defalque aka SOSA_PART is of Congolese, Portuguese and Belgian origin. After studying physical education, he decided to focus directly on music. Thanks to hard work and determination, he now works at the studio BONBAISER.ENT as a beatmaker, actively participating in the emergence of the new wave by developing artists, creating events with collaborative purpose to put the artists of tomorrow on stage. It is thus our stories which offers us a very eclectic music background, from Drum n Bass while touching on House the Afro to TRAP, it is a serious mixture of influences which brings you today DJ SET which will not leave you indifferent. 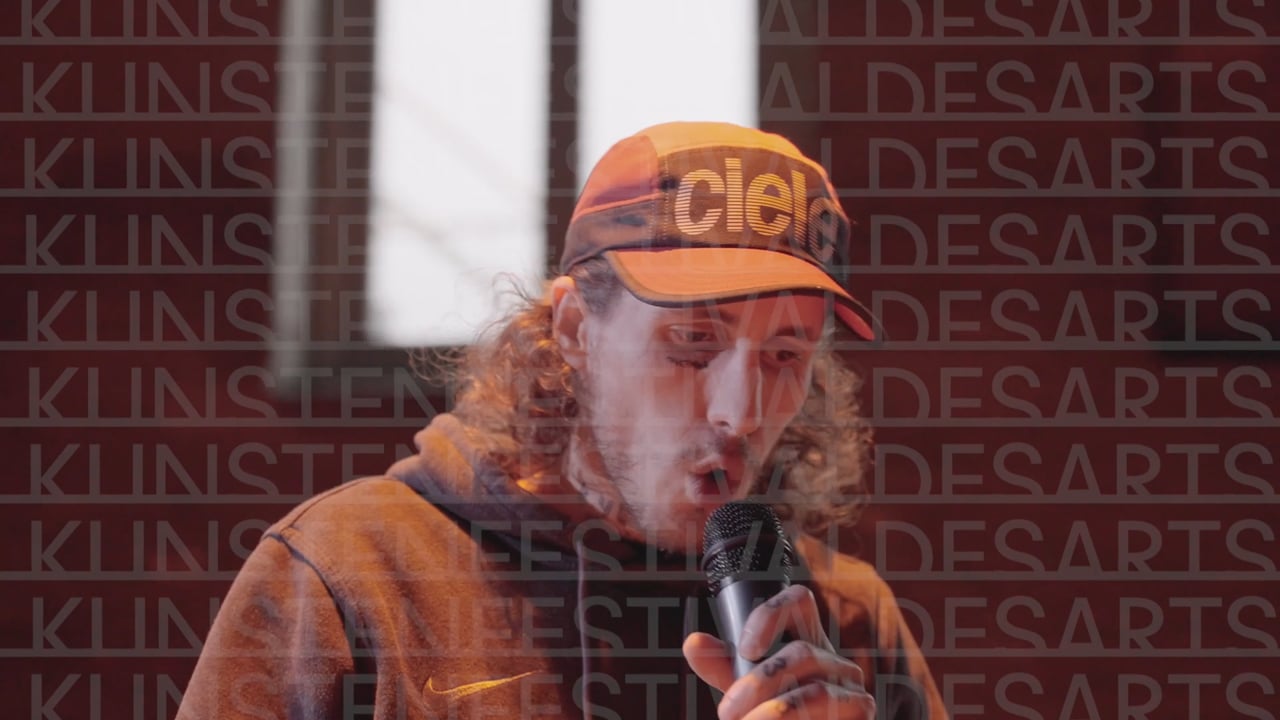