Malaysia’s Barisan Nasional party ruled continuously from 1957, when the country gained independence, until 2018, the year it lost the elections and a new government was appointed for the first time in 61 years. From this watershed in Malaysia’s history, artist Mark Teh looks back at his country’s past. Working with a hybrid team of journalists, artists and activists, he turns his attention to the unfulfilled revolution of Malaysia’s exiled Communist party. Footage of an unfinished documentary tracking down the old Communist fighters in the jungle 40 years later brings us face to face with this tragic history. This is in sharp contrast to the way in which the previous governments had erased it from the history books. How do we draw lessons from a past obscured by blind spots and forgotten tragedies with censored episodes? How do we write together the pluralistic future of the new Malaysia? And how do we create togetherness when the country is torn apart by the pandemic?

A Notional History’s creation began in 2018. It is a co-production between Five Arts Centre, the Kuala Lumpur-based, non-hierarchical collective that has been working across disciplines, generations, languages, and ethnicities – one might need to look into the “national history” of Malaysia to have an idea of what that means there – and TPAM (now YPAM), an international platform for performing arts professionals in Yokohama, Japan.

Baling – their 2015 co-production with the Asian Arts Theatre (Gwangju, Korea), TPAM and Kyoto Experiment – was a theatrical development from the collective’s durational reading performance The 1955 Baling Talks and earlier experiments, in which (non-)performers from different backgrounds read the transcripts of the historical talks between Tunku Abdul Rahman, Chief Minister of Malaya; David Marshall, Chief Minister of Singapore; and Chin Peng who had fought against Japanese fascism as a soldier of the Malayan Peoples’ Anti-Japanese Army during WW2 and against British colonialism as the Secretary General of the Communist Party of Malaya. The talk led to the independence of the Federation of Malaya in 1957 and the end of the Malayan Emergency in 1960, as well as the gradual dissolution of the communist party, though its armed struggle for what they imagined to be the true independence and decolonization would restart and continue until 1989.

It is possible to think that Chin Peng and the party contributed to the movement for independence as its “radical” faction, but people still remember murders that their armed struggle involved. Communists were represented as the public enemy in the country’s historical narrative, until autobiographies of the party’s (ex-)members including Chin were published in the early 2000s. Interest in the possibility of alternative historical narratives grew among young artists and activists, amongst whom were graphic designer / activist Fahmi Reza, filmmaker Imri Nasution, and historian /
performance maker Mark Teh. In 2008, Fahmi and Imri managed to meet Chin in exile in Thailand and interviewed him over 2 days with an intent to make a documentary film, but the film was renounced because, according to Fahmi, they could not find an ethically credible answer to the question of violence in revolution. The material was eventually used in Baling 7 years later, but only a few minutes from the 8 hours of standard definition digital video footage was used because Chin, in his 80s, was mostly silent and had difficulty speaking and remembering throughout the interview. In the few minutes shown in Baling, Chin falteringly speaks of his wish to return to Malaysia, to be buried there, and the government would not let him fulfill the wish that he considers a basic right of someone who was born there. He does not answer but only repeats Fahmi’s question, “What has been the biggest sacrifice you’ve made for Malaya?”

I wanted to watch the remaining 7 hours and 55 minutes of the footage even if Chin was only silent or murmuring in delirium. A few years later, we had an opportunity to ask them if they were interested in making a “Part 2” using all the 8-hour footage. * Fahmi was skeptical about using footage that does not contain tangible information. He is a determined activist, for whom audiovisual material is nothing but a tool for his purpose. Imri was suspicious that there might be expectancy of specific aesthetics behind the offer, which I think was true – probably I was even subconsciously expecting something like a super durational Robert Ashly multimedia opera. June Tan, biologist, social thinker and the producer of Five Arts Centre, was reluctant about revisiting the old material with long-time collaborators when the country was going through something totally new, namely the first regime change in 60 years as a result of the 2018 general election. Indeed, another collaborator of theirs Fahmi Fadzil even entered the Parliament as a politician representing one of the 11 districts of Kuala Lumpur. Mark, who later described this work as an eternal work-in-progress, made the notional plan more crowded, rather than give a single direction to it, by embroiling journalist / filmmaker Rahmah Pauzi and actor / singer Faiq Syazwan Kuhiri and started to think between the brains and hearts of all these collaborators. All in all, I figured that they accepted the commission. And it turned out that they had 32 more hours of interviews with 10 more communists – mostly Malay, and Muslim – who hid in the jungle as guerilla soldiers for more than 40 years.

In the first work-in-progress showing in Yokohama in 2019 of A Notional History, Rahmah, having reviewed all the 40-hour material, told us about the misidentification of the enemy that she noticed during her journalistic research in Ukraine in 2014. This is the year a Malaysian airplane was shot down when flying over the eastern part of the country. I am writing this a day after Zelenskyy delivered his online speech to the Japanese Diet, in which he mentioned all the existential or psychological threats to Japan that his speechwriter could imagine – accidents of nuclear plants, nuclear weapons, dependence on imported natural resources, sarin terrorism, or blockade of marine routes – and named Japan as the moral leader of Asia, which is what the country considered itself to be when invading Malaya in the 1940s. I have no idea whether this text makes sense or not in Brussels in May 2022, and how the work will be updated by then, but am sure that the stage as a discursive time and space will be an inspiring opportunity for collective reflection on what is too big, too complicated, and too manipulative for an individual to decipher and react to.

* Our 2019 performance program was curated in collaboration with guest directors June Tan, Aki Onda and Max-Philip Aschenbrenner. We were also going to co-produce Singaporean visual artist Ho Tzu Nyen’s The Mysterious Lai Teck, an animatronic portrait of the previous Secretary General of the Communist Party of Malaya, who turned out to be a triple agent working with the Japanese, British and French. Chin Peng replaced him in 1947. 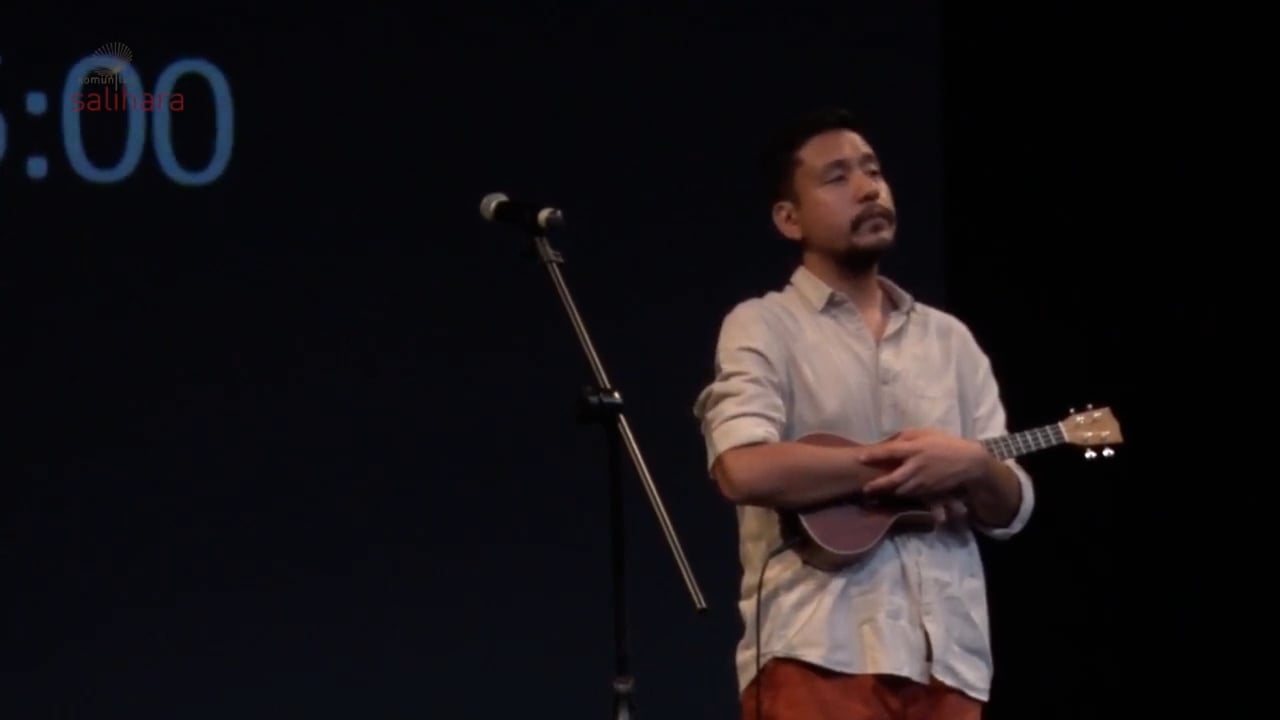