An immense green hill occupies the entire scene, the only fixed element in a constantly evolving choreography. For François Chaignaud, the starting point of his new creation is a recurring dream: imagining a community of singers and dancers who cross the boundaries between two disciplines. To achieve this, he joins forces with musical director Geoffroy Jourdain, who shares his interest in the sacred polyphonies of the Renaissance. On stage is a community of 13 individuals. They are either together or split into smaller entities, ready to contaminate each other and transport the melodic line. The idea of ​​tradition comes alive: not fixed and not belonging to any individual, it instead passes through the bodies of those who welcome it. After the sublime experience of Symphonia Harmoniæ Cælestium Revelationum in 2019, Chaignaud returns to the festival with a repertoire that ranges from Antonio Lotti (17th century) to Claude Vivier’s Musik für das Ende (1971), with an impressive choreography in which, like the letters of the title, the bodies are separate and united at the same time. t u m u l u s is a fascinating masterpiece of voices and choreography that explores our paradoxical body, between the singular and the collective, between physicality and eternity.

Listen to the podcast "Symphonia Hildegardia", recorded with François Chaignaud during the festival in 2019, on Spotify, Soundcloud or Apple.

t u m u l u s is an endless procession of thirteen bodies singing and dancing within one and the same practice, one and the same gesture. The fruit of a unique collaboration between the choreographer Francois Chaignaud and Geoffroy Jourdain, director of Les Cris de Paris, this project carries the dream of jointly experiencing these two art forms, thinking about dance and music together.

Tumuli are mounds of earth that used to be raised over graves. A specific kind of burial place, these “works” contain the body of the dead as much as they do the life that comes after and grows above them. The research we did for this project lies at the heart of this paradox: a dead being still has life in it.

In the middle of the stage, a mound occupies the space. It’s covered in green, providing both a mausoleum and a landscape. It represents a volume on which the dancer-singers climb, hide and move around. The dance, a continuous procession of powerful, miserable, grotes-que and graceful figures, passes through the bodies like images unfurling on a bas-relief. To us it’s an ode to transition, flux and plasticity.

An essential part of our dramaturgy is linked to breath, the vector and sculptor of sounds, melodies and figures. The singing and gestures are experienced as constructions of air that create tension between what’s moving and what’s vanishing, what’s becoming petrified and what remains. Muscles, voices and diaphragms are the material of a tangible experience of permanent transition. In the emanation of air, we’re seeking to work on a perception of what is invisible and allows us to move.

Our musical repertoire comprises Franco-Flemish, Italian, English and German a capella polyphonic songs from different eras, from the Renaissance to the 1970s. Their sacred inspiration constitutes ways of experiencing collective emotions and progressions towards their transcendence. The music is experienced here not as a monument fixing bodies in ecstasy or deference, but as a wave going through us and connecting us with something continually transforming, decomposing and being reborn. It’s a vestige, a trace that moves between the performers. It’s a breeding ground of sensibilities and imaginary worlds for our voices, a vehicle for inventing new forms of relationship, care and attention.

The released breaths and continuous procession are rhythms that provide shapes, albeit fleeting, fragile and ephemeral ones. These make t u m u l u s the dream of a community of artists who share the joy of ageing and non-permanence since death. Together, they form a musical edifice that celebrates the absent through new movements that they allow our bodies to make. 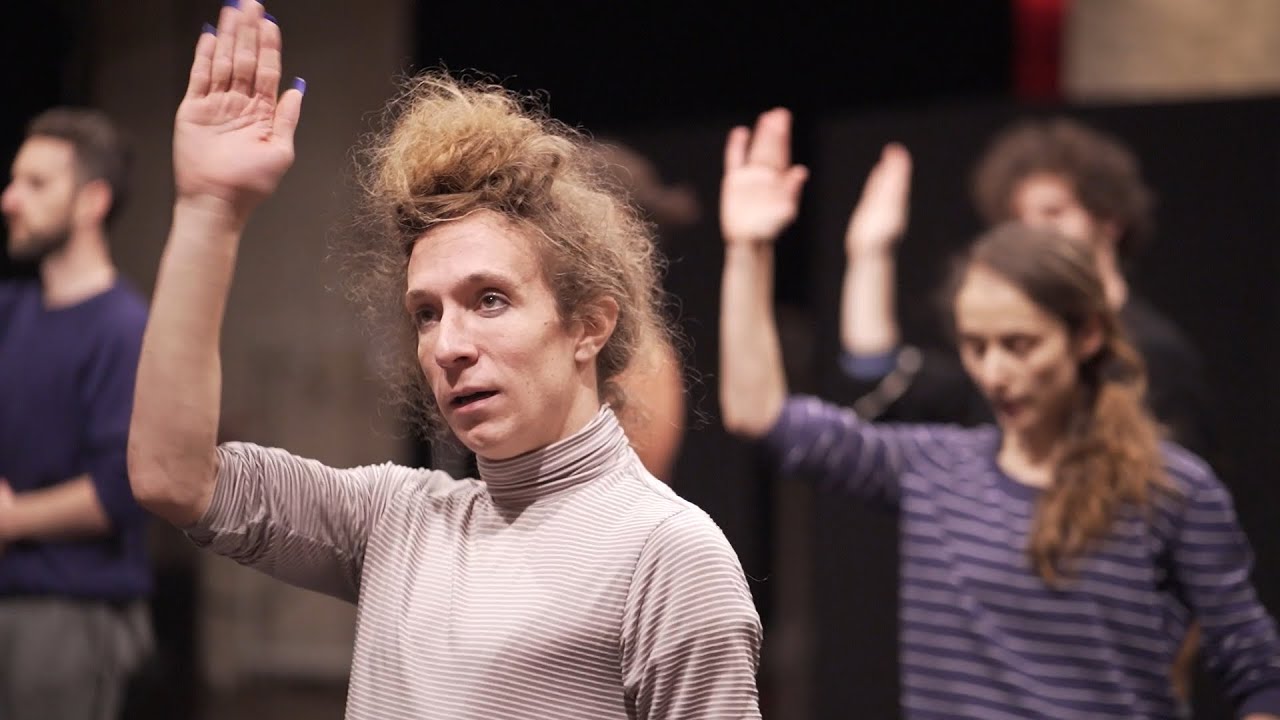